The Iron Age for EVs Finally Arrives With a Rush of Companies in the U.S. and Europe͏ 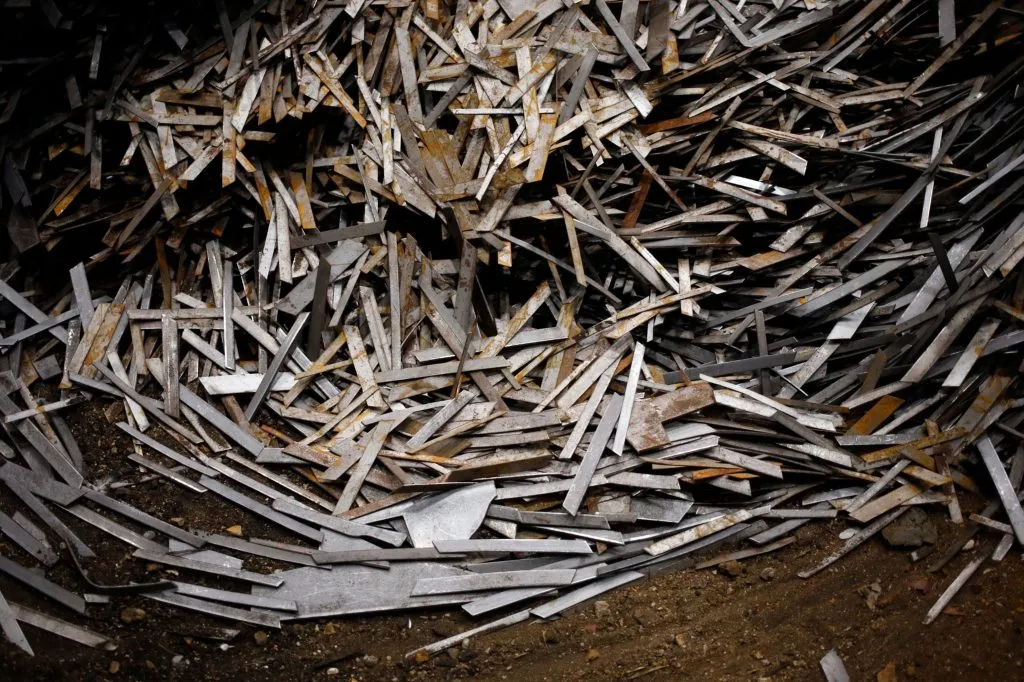 Save the date: Electric vehicle sales are ticking up around the world, but in one country they rose threefold last year—India, where a mania has erupted over electric two-wheelers. The leading company in the nascent industry is Hero Electric, India’s largest manufacturer of electric two-wheelers. So I’m excited to host Naveen Munjal, Hero’s managing director, for the next Live Chat With The Electric, May 3 at noon ET. Registration and more details to come. Email me if you’d like to save your place: steve@theinformation.com.

‍It seems like we’ve been waiting forever for Western companies to announce plans to make iron-based cathodes and break China’s solid grip on the technology. Last week, some candidates finally surfaced. We take a look at them. Spoiler alert: Don’t expect China to leave the game just yet.

For a year and a half, it’s been clear that a new iron age is opening in electric vehicle batteries. Tesla has said it will use an iron-based battery for up to two-thirds of its EVs, and Volkswagen and other automakers have said they will abandon long-favored nickel-based batteries for at least some of their vehicles, too. But we heard nothing more about the switch to iron—specifically about where the Western automakers planned to obtain these new batteries, the supply of which China currently dominates.

Now, though, companies claiming they will manufacture iron-based batteries have begun to emerge in the U.S., Europe and elsewhere in the West. It is emblematic of the new electric era’s boomtown atmosphere that many of these companies have a frontier, Wild West air. None has ever actually made an iron-based cathode—not recently, anyway.

They include the following:

The flurry of U.S. and European activity comes as dominant Chinese makers of LFP attempt to secure their hold on the global market: Volkswagen-backed Gotion High-Tech, based in Hefei, China, has been among the most aggressive. It has said it will build 200 gigawatt-hours of LFP manufacturing capacity for a U.S. company, enough to equip more than 2 million EVs a year, but has not disclosed the customer or where it will build the plant. Last month, Gotion also revealed an LFP cell that it said achieved specific energy density of 210 watt-hours per kilogram, an extremely high number that could give an LFP-powered EV nearly 300 miles of range.

The demand for LFP reflects growing insecurity around the metals in nickel-based cathodes. Prices of the metals have skyrocketed and forecasts have suggested stark shortages of nickel and lithium for much of the decade. The war in Ukraine has added more worry, since Russia supplies 20% of the world’s battery-grade nickel. LFP batteries also require lithium, but their other key ingredients—iron and phosphate—are abundant and easily obtained. Yet manufacturing them outside China faces challenges. Notably, South Korea’s battery giants, LG Energy Solution, SK On and Samsung, have all thus far declined to manufacture LFP, in part because of the thin profit margins.

The Biden administration, the EU and industry leaders on both continents have said it’s dangerous to rely on China, currently the source of up to 80% of the world’s refined battery metals and finished lithium-ion batteries. One thing I heard frequently last week as I dug into the nascent effort to create a Western iron-based cathode industry is that making LFP is not a big deal—after more than a decade of large-scale manufacturing in China and elsewhere, the chemistry is commoditized and lots of people know how to produce it. Where Chinese manufacturers like Contemporary Amperex Technology, BYD and Gotion are far ahead is in stuffing LFP densely into a pack—the increasingly popular cell-to-pack approach, which enhances the power of a so-so cathode—and then scaling the process up profitably.

LFP was invented in 1996 in the lab of John Goodenough, a University of Texas physicist who shared the 2019 Nobel Prize for the creation of the lithium-ion battery. It went on to become one of the most litigated battery chemistries of the modern era. Just five years earlier, Sony had kicked off the portable device age by installing the first lithium-ion battery in a handheld video recorder, igniting a scramble among electronic device designers to capitalize on the sleek new battery’s smaller size and lighter weight. The invention of LFP sent the fever to a new level. Soon, one of Goodenough’s former guest researchers from Japan took the LFP to his employer, Nippon Telegraph and Telephone, which proceeded to synthesize the material itself and market it in Japan. Then Massachusetts Institute of Technology researcher Yet-Ming Chiang emerged with his own version of LFP and co-founded a company, A123 Systems, based on it. Lawsuits flew everywhere, ultimately resulting in a tense settlement among Goodenough, NTT, A123 and others; this infuriated Goodenough, but it enriched others in 2009 when A123 was one of the year’s biggest initial public offerings. Yet by 2012, it was all over—A123 filed for bankruptcy after suffering tens of millions of dollars in losses from the recall of defective batteries. The industry moved on to nickel-based cathode formulations, primarily nickel-manganese-cobalt, which became the world’s favored battery material.

However, LFP wasn’t dead. It had simply drifted over to China. While the rest of the world focused on improving NMC so it would work better in an EV, Chinese companies were left alone to do what they wanted with LFP—presumably inferior, with its comparatively low energy density. BYD, CATL and dozens of other Chinese battery companies hammered and knocked LFP into a workhorse formulation, and figured out how to scale it up. And then they raised LFP to a new level, engineering it into densely designed packs like BYD’s top-performing Blade, which caught the eye of Western automakers with more than 200 miles of driving range, fast-charging capability and hundreds of thousands of lifetime cycles. Today, LFP-powered batteries seem to be on the verge of delivering 300 miles of driving range. That’s why Tesla plans to use LFP in up to two-thirds of its passenger vehicles, and rely on nickel-based cathodes only for its premium, long-range models, including probably the future Cybertruck and Semi. The company is already shipping LFP-powered standard-range Model Y crossovers to Europe. Like the EVs themselves, the batteries are made in China.

The wrinkle in all this is the patents covering Goodenough’s invention. Three core families of intellectual property protect LFP, which have been combined into a single suite of patents managed by a Swiss-based consortium. For the past decade, there have been Chinese and non-Chinese battery worlds: Within China, there is an LFP free-for-all in which the consortium has permitted Chinese companies to use the patents free of charge as long as they don’t ship their goods outside the country. Outside China, almost no one has used LFP for EVs.It’s no coincidence that the last of the core patents is about to expire at about the same time that startups are springing up in the West to develop the formulation. The last patent—covering a critical carbon coating painted over the cathode to make it conduct electricity—expires on April 27. After that, anyone wanting to make LFP in the West can do so free of the Goodenough patents.

Of the early American contestants, Mitra Chem has the same primary flaw as the others—it has never actually manufactured LFP. But it also raises the fewest red flags. It has visible seed capital—$20 million from Chamath Palihapitiya and other investors—and a hypothesis that seems to make sense: Chueh told me that while LFP has been around a long time, it is less well developed than NMC. In its initial days, the formulation was fine-tuned for use in power tools and for low cost, and that is basically where it has remained frozen. According to Chueh, it does not appear that even Chinese battery makers have done much if any work on the cathode itself to maximize its specific energy density. Chueh said his team is pursuing those gains. Mitra remains a long shot—expressing an idea and scaling it to hundreds of thousands of tons of first-rate EV cathode powder are two very different things.

The same goes for American Battery. CEO Charles told me his strategy is to avoid the overcrowded EV market almost entirely, instead making LFP batteries in gigafactories for stationary storage and manufacturers of electric farm equipment like tractors. It’s true that those markets are far less competitive than the ones for EVs. Yet Charles has made neither batteries nor a gigafactory, so he can look like a guy who just wants to make LFP. The risks around Advanced Cell Engineering’s efforts are on a completely different level. Tim Poor, the startup’s president, told me the company plans to license complete LFP manufacturing kits consisting of cathode, anode, separator and electrolyte. But that alone won’t overcome the challenges of setting up a gigafactory.

It is not only Advanced Cell’s business plan that leaves something wanting. The story it tells is suspicious as well. Poor described founder John Kaufman and his company, International Battery, as the well-known manufacturers of the first large-format LFP cells in the world. However, the formulation’s other pioneers have no recollection of them. Larry Beck, principal scientist for A123, which pioneered LFP batteries for power tools, EVs and the U.S. military, told me he does not remember Kaufman or any breakthrough product such as the one Poor describes. Bart Riley, A123 co-founder and chief technology officer, also does not remember Kaufman.

Advanced Cell is touting a cell it says delivers specific energy density of 190 to 200 Wh/kg, a benchmark sought by all the leading LFP makers. But the performance is based on just two cycles carried out on a half-coin cell—a rudimentary lab experiment. In a statement, Kaufman said his company was simply earlier to LFP than A123 and addressed a different market. As for the performance of his new test cells, he said, “There is more testing to come soon.”

I’ve seen this picture before. In the early 1990s oil boom around the Caspian Sea, where I was a foreign correspondent and wrote my first book, fortune hunters representing scrappy unknown companies, usually from the U.S. but also from Europe and elsewhere, were among the earliest to show up and put their stake in the ground. They were emblematic of gold rushes through history, moments in time when the scent of money intersected with geopolitics and national security to turn ordinary prospecting into high-minded patriotism. In many cases, it was simply impossible to know who was telling the truth and who was legitimate. Even if the person you were talking to was neither of those things, they might end up with a big oil deal anyway. Anything seemed possible. And indeed, when the deals were handed out, a very small handful of these characters walked away with millions of dollars.

So it seems this time. The stakes in the battery and EV race are extremely high. If I were to guess, I would say that Western automakers are bound to continue relying on Chinese LFP makers for much or all of the decade. But I would not count out these or other Western LFP startups. Successfully manufacturing LFP at scale may be harder than charming your way into a prized frontier oilfield, but both require steel nerves and luck. I have seen surprising small fry end up in the winner’s circle.